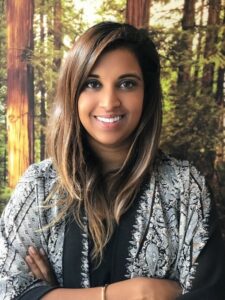 Jeffrey Epstein never faced the consequences for allegedly trafficking dozens of girls, some as young as age 14, and engaging in sex acts with them. He committed suicide in jail 35 days after he was arrested, avoiding a trial and potentially, half a century in prison for his evil actions.

Now, however, more than two years later, at the Thurgood Marshall U.S. Courthouse in Lower Manhattan, Epstein’s former lover, and alleged enabler, Ghislaine Maxwell is on trial for aiding and abetting Epstein in satisfying his unmitigated sexual appetite for and exploitation of vulnerable girls.

Prosecutors allege that Ghislaine Maxwell was at the heart of the trafficking conspiracy that Epstein was accused of carrying out both in his tony Manhattan townhouse and luxurious Palm Beach estate. Maxwell’s lawyers say that she is simply the proverbial fall guy for Epstein’s actions.

Rajan has testified before Congress as an expert witness to speak about ways technology can protect survivors and victims of human trafficking.

Techtopia, Ep. 8: How Polaris is Fighting Q-Anon in its Use of Human Trafficking Disinformation Campaigns/Anjana Rajan, CTO, Polaris.

Techtopia, Ep. 5: Technology has given women a powerful voice in the alt-right movement / Seyward Darby, Author, Sisters in Hate: American Women on the Front Lines of White Nationalism.