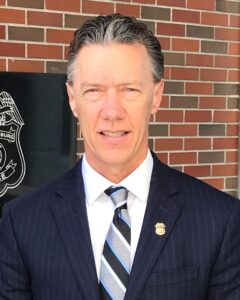 “Accountants with guns” — These are the special agents of the Criminal Investigation division of the Internal Revenue Service. There’s 2,000 of them. And they have not only plenty of firepower, but they’re also armed with the sole mandate across the US Government to investigate violations of federal tax laws and related crimes.
For more than a century,  CI special agents have worked quietly across 21 field offices and 11 foreign countries, on investigations of massive scale and complexity, seizing billions of dollars in assets.
Criminal Investigation has played an outsize role in some of the biggest, most fascinating criminal tax cases of our time. From taking down legendary bootlegger, Al Capone, and investigating the Lindbergh baby kidnapping — to cryptocurrency crimes and most recently — bringing the hammer down on Russian President Vladimir Putin and his oligarchs for sanctions violations via the Justice Department’s Kleptocracy Task Force,
I’m delighted to have as my guest today, James Robnett, Deputy Chief of IRS Criminal Investigation to tell us more about the amazing work that he and his team are doing.
Book Now