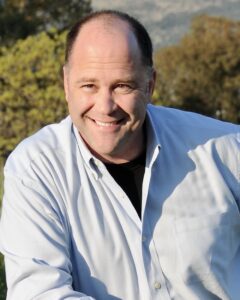 In 1984, Jerry White went to Israel for his junior year, “study abroad” program at Hebrew University. On their spring break that April, White, and his two American roommates went out hiking in the Golan Heights in northern Israel, tracing the footsteps of Biblical prophets. They got off the beaten path to set up camp. One morning, White walked ahead of his friends and stepped on a landmine. He was just 20 years old.

The tragedy of losing his right leg to a landmine transformed White into a student of resilience and survivorship and an advocate for landmine victims. He became a charismatic activist, who worked closely with Princess Diana, Queen Noor, Paul McCartney, and others to fight for a global ban on anti-personnel mines.

White’s high-impact campaigns in the wake of his landmine injury which cost him his right leg resulted in three major treaties, The Landmine Ban Treaty, the U.N. Convention on the Rights of Persons with Disabilities, and the Cluster Munitions Ban.. In 1997, he shared the Nobel Peace Prize awarded to the International Campaign to Ban Landmines.

But over time, White began to question his landmine survivor hero-narrative and dreamed of retiring his “landmine cape” as he likes to call it.

His soul-searching on how that accident changed his relationship with nature and why that landmine came to be on that Israeli hill in the first place, has resulted in a prolific body of thinking, speaking, and writing. White has a new book out this November, called Religicide: Confronting the Roots of Anti-Religious Violence. The book is now available for pre-order on Amazon. White also wrote a 2004 book on resilience, titled, “I Will Not Be Broken.”

Today, White is an award-winning teacher, activist, and leader. He currently serves as a Professor of Practice in Religion and Political Science at the University of Virginia and teaches the popular course: Religion, Violence, and Strategy: How to Stop Killing in the Name of God.

My conversation with Jerry White about what happens when you dare to question your own narrative and when you lose touch with the earth was a profound experience and I am so glad to share it with you today.